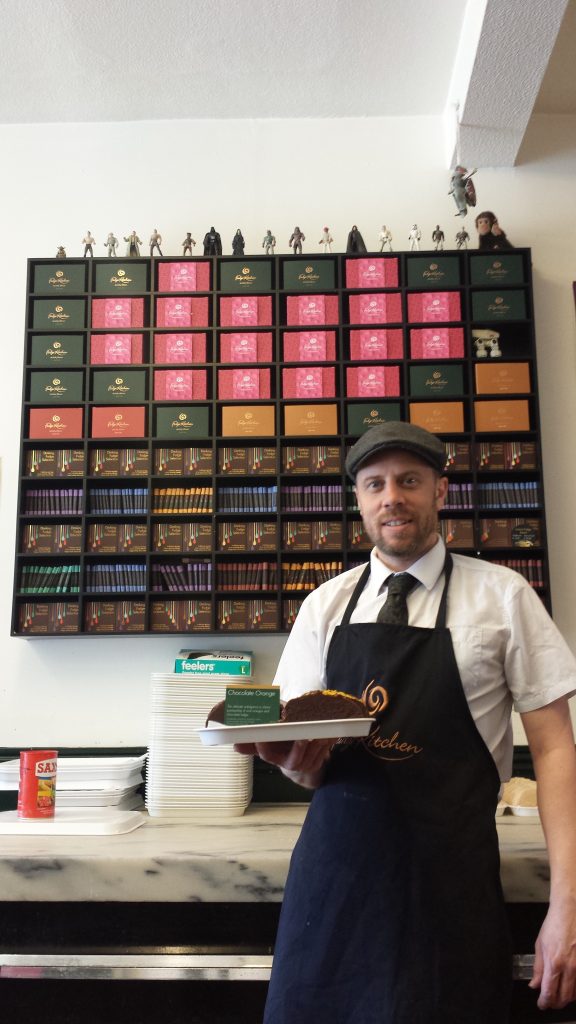 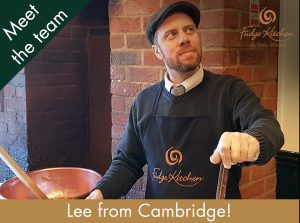 In the fourth of our Meet the Team series, we are pleased, nay honoured, to welcome Lee Coaton onto the questionnaire podium, manager of our Cambridge shop.

Not quite as old (by around 555 years) as the glorious Kings College that it faces, the Cambridge Fudge Kitchen has nevertheless played a critical role in educating hoards of highly respected Fudgeologists over the last 20 years.

It has also been the scene of groundbreaking research, with the development of Fudge Kitchen’s best selling Dark Chocolate and Sea Salt (a suggestion by a regular student customer). And often turns out two 10kg batches per day of this marvelous, creamy elixir. Plus it is the site of life-changing inventions, such as Fudge Friday, the fudge fiend’s Sabbath, when loyalty cards are double stamped! 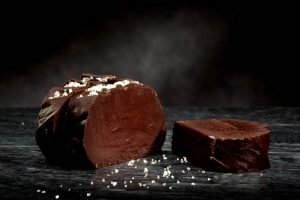 Aside from fuelling some of the world’s finest brains with exam-cram energy, Cambridge FK is also quite the place for some celeb spotting, with Carol Vorderman, Simon Amstel and Clare Baldwin all filling their fudge boots there; as well as one Ronnie O’Sulivan, who particularly won Lee over, “He was awesome and I offered him a job when he retires from his snooker career. So waiting for the call.”

Lee has been Cambridge manager for eight years and runs a tight ship, manfully supported by Beau, CJ, Dan, Rayman, Peter, Joe and Isaac; for which they were awarded the coveted Absolute Brick Award at the annual Fudge Conference this year. “I still love making fudge and am in my 12th year!” admits Lee, “I don’t know what I’d do if I didn’t make fudge – it’s a way of life for me now. Eat Sleep Fudge Repeat.” 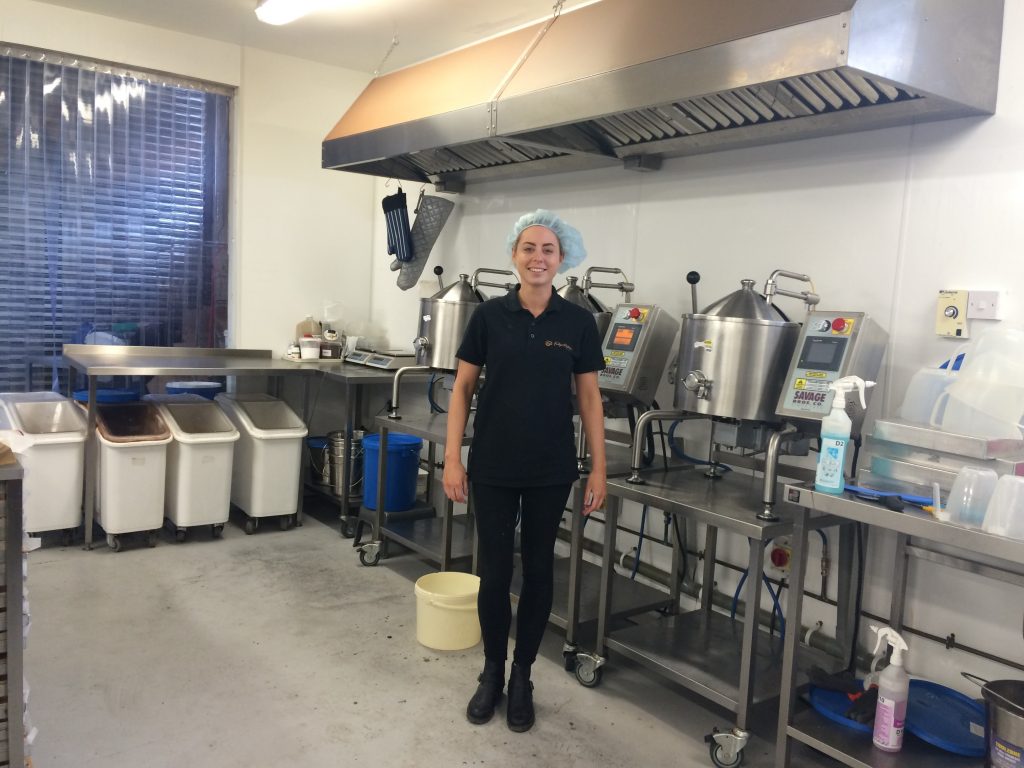 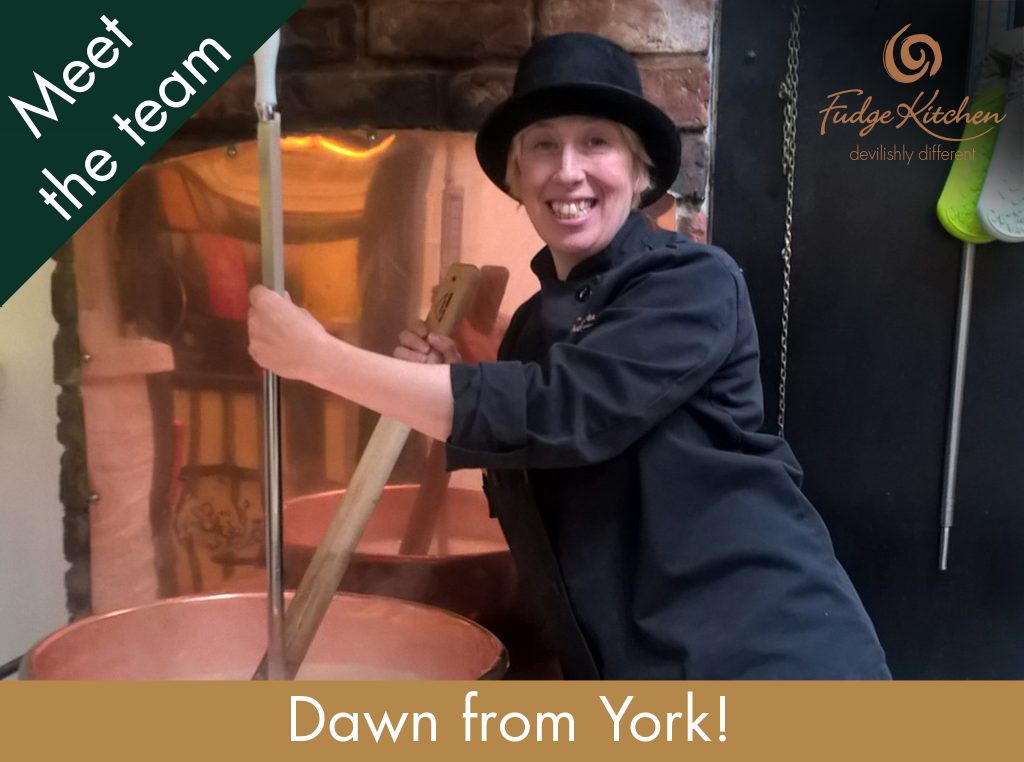 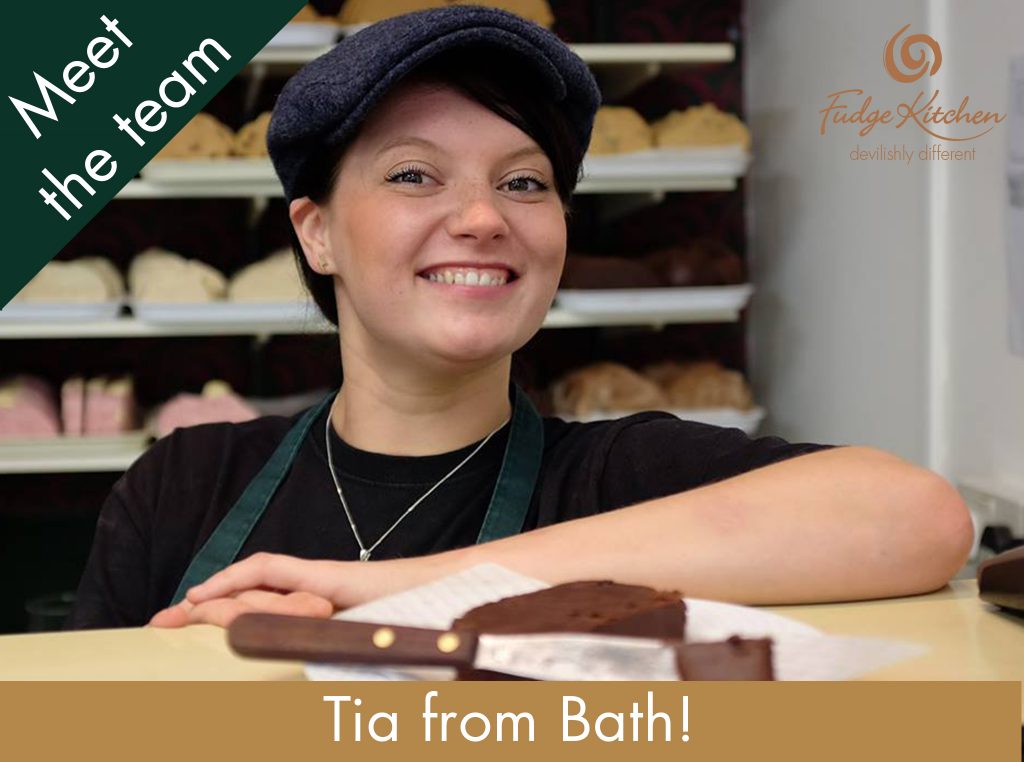