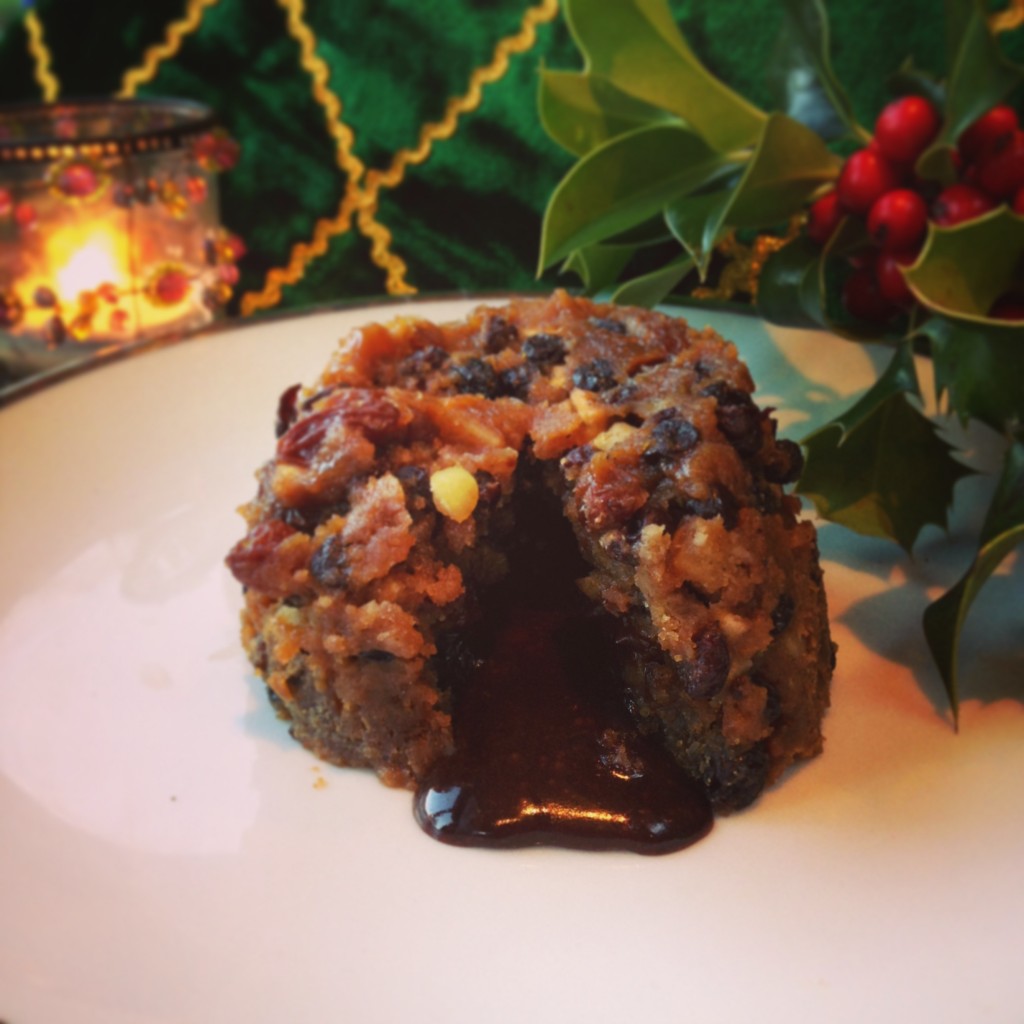 In guest blogger Ella Tarn’s last post, she shows us some nifty applications for our multi-talented range of fudge sauces …

It’s officially less than a week until Christmas and I’m starting to feel a little more Girl V Christmas than Girl V Cake.  This time next week though, if all goes well, I’ll be lying belly-up near the television watching Bridget Jones for the fourth time next to a pile of chocolate wrappers, and with that in mind I feel like I’ve got the energy for one last push.  Here are a few ways to get a little fudge in your life this Christmas…

Melting middle fudge truffles are a nice hostess gift this Christmas (if you can bear to part with them) and, for a fudgey twist, are also a great vehicle for fudge sauce. Make chocolate truffles as normal (melted chocolate, cream, etc) and then fill the middle of each ball with a blob of fudge sauce of your flavour choice.  It is a bit of a messy business, but worth it in the end. 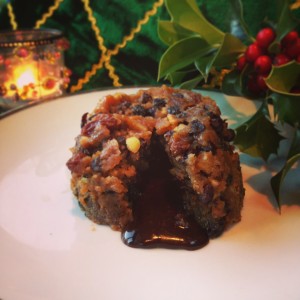 If you are a Christmas purist and will be eating nothing but Christmas Pudding for dessert from now until the big day, not that I blame you,  why not up the ante by making a fudgey melt-in-the-middle Christmas Pudding?

Turn your cooked Christmas Pudding upside down in the bowl it was cooked in, hollow out a well in the middle, as big as you like, pour in a generous glug of Fudge Sauce (I used Chocolate Orange) and then seal the bottom with the removed pudding.  Pop it into the microwave for a couple of minutes just to warm the new and improved centre and voilà! molten Christmas Pud.  Nothing that Nigella wouldn’t be proud of.

But if you’re not a goddess / god in the kitchen, you have my permission to take a spoon and devour the fudge sauce on it’s own, which gets me through a hard day at the laptop… 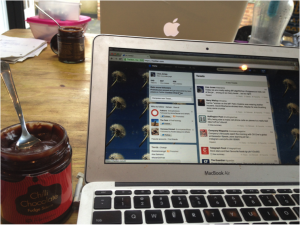 A less slovenly fan of Fudge Kitchen, Ricky Kemp, however, has devised an ingenious way of using up any leftover fudge you might have lying around (as if). If you have enough self-restraint for this to be the case, you can use fudge as a filling for sweet pies (pictured).  Serve them warm and they’ll have a molten fudge centre.  Just try not to burn your face as you shove all those pies in. 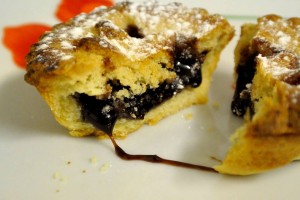 On a side note, if you DO have some leftover fudge, even after making pies (what’s wrong with you?), then it is worth noting that it freezes well and will last a month or two in the freezer, defrosting at room temperature in just a couple of hours.

That’s all from us for now –  Merry Christmas and I would say ‘try not too eat too much’, but we wouldn’t want that would we?

Lisa Jones
http://www.dandelionpr.co.uk
Specialising in the Food and Drink industry, creative thinking and bags of energy and passion.
Previous Post It’s ‘National Chocolate Covered Anything Day’ today … would be rude not to then Next Post The Future is Fudge …