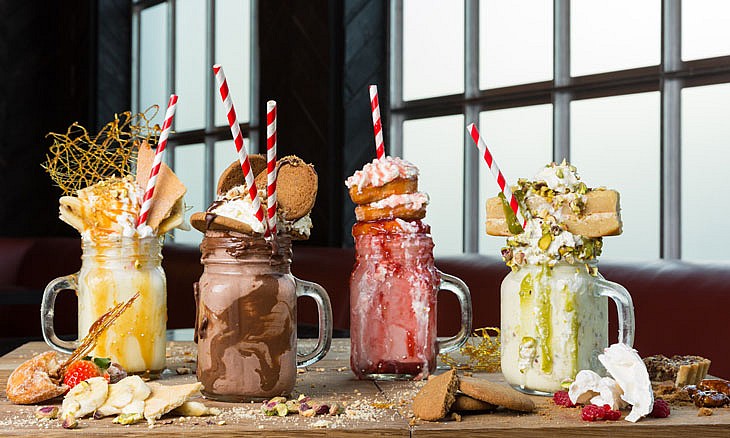 They came from a land Down Under …

From the continent that gave the world such brilliantly inconceivable mutations as a beaver with a duck bill, huge, bouncing squirrels and Dame Edna Everage, comes the latest unlikely combo to be crammed into a single vessel: Freak Shakes.

The next evolutionary step for the humble milkshake, Freak Shakes have sent social media into hyperglycemic overdrive; and up-ed the traditionally Fudge Kitchen ante on inventive confecting.

The central Freak Shake premise is one of pimping vase-like glasses with layer upon luscious layer of cream, sauce, brownies, pretzels, marshmallows, ice cream, slices of whole pie, doughnuts, kittens, small children … anything sweet and to hand is all perilously piled high and smothered with crazy toppings to create lust-worthily photogenic Instagrams.

Never ones to ‘dessert’ our position of creative confectionery preeminence, Fudge Kitchen threw out the challenge to our eight stores, spanning Edinburgh to Bath. The challenge to ‘get their freak on’ and produce the most monstrously morphed milkshakes, the most insanely innovative indulgences, using one of Fudge Kitchen’s devilish Drinking Fudge sachets as a base. Which, let’s face it, is well over half the battle! 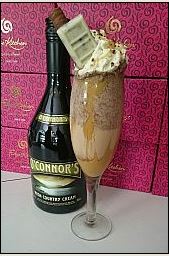 Of the entries it was the Yorkists who finally won the day!

Their freakin’ treatin’ mountain comprised a base camp of chocolate cookies, crumbled into Irish Cream, swirled through with Chocolate Caramel Drinking Fudge and topped with a breathtaking – nay oxygen supply demanding – peak of fresh, whipped cream; its summit claimed by a Milky Way crispy roll and Hershey’s Cookies & Cream bar, sunk into the dazzling froth and drizzled with vanilla toffee sauce. Sherpas required for the ingredients alone. An awe-inspiring demonstration of human endeavour, Yorkies! 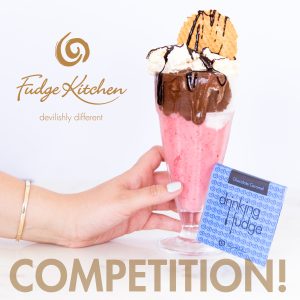 Get your freak on …

Think you can do better? Put your money where your mouth is (which will be somewhere very close to your creation, we’re guessing) and post pictures of your own teetering Freak Shakes on the Fudge Kitchen Facebook, Twitter or Instagram pages. Winners (scientifically judged on the amount of drool they inspire) will be announced on Friday 1st July and, aside from the honour and glory, will receive a six-slice box of fresh, handmade, whipping cream fudge and a box of our Drinking Fudge sachets.

by Lisa Jones and Vicki Shadbolt

Lisa Jones
http://www.dandelionpr.co.uk
Specialising in the Food and Drink industry, creative thinking and bags of energy and passion.
Previous Post Talk about taking your work home with you …. Next Post Around the word in 40 flavours …

Can you send me the recipe i need to know to make the tasty filthy shake please?