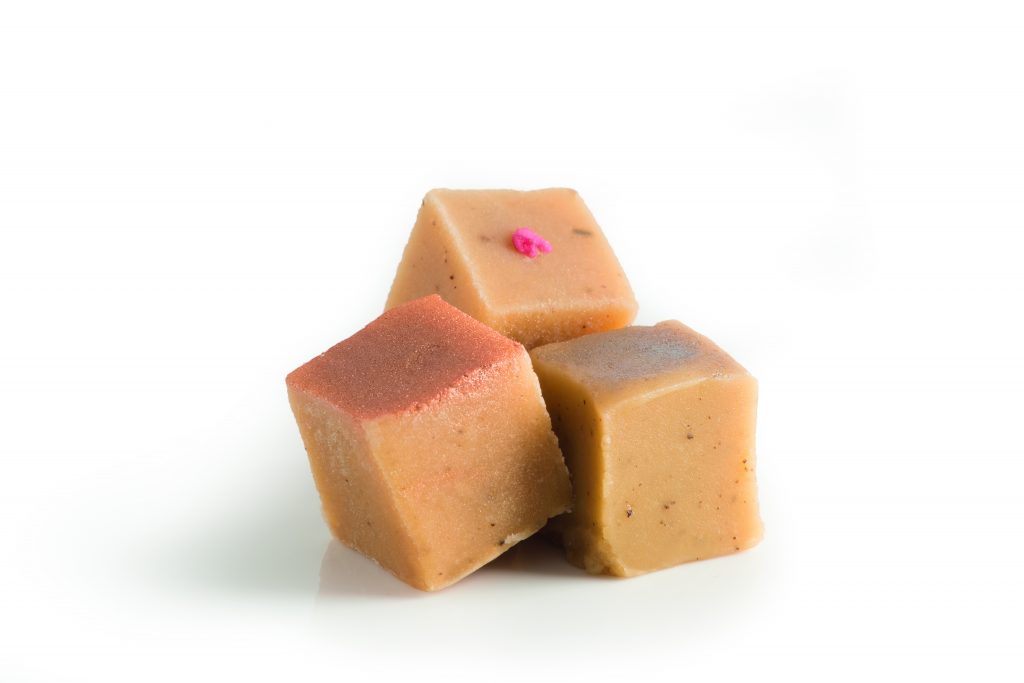 Ahhhh, tea – the panacea for all emotional crises. There is very little that can’t be solved by a click of the kettle. 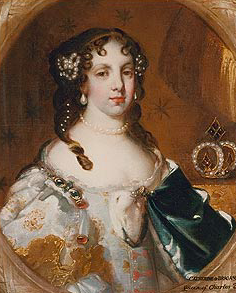 Catherine of Braganza – she loved her cuppa!

Apparently discovered by the Chinese Emperor Shen Nung in 2737 BC, however, we Brits are tea drinking grasshoppers in comparison, having clocked up a mere 350 years of quaffing. We have our friend Catherine of Braganza to thank for it.

The Portuguese wife of Charles II and a confirmed tea addict, it was she that introduced it as a fashionable drink; and the first import by the East India Company of 100lbs of China tea from Java followed quickly in 1664.

The history of tea is a rich one, punctuated by murderous smugglers, greedy taxmen (is there another kind?), adulterated tea in response (with the likes of sheep dung and lead chromate),14,000 mile clipper races; and now by its latest inaugural incarnation in fudge.

Tea production is no less fascinating. Every element defines its flavour and properties, as much as its region of origin does.

All teas – white, green, black, oolong – derive from the same plant variety: Camellia Sinensis, but it is the infinite variables in the growing, method and time of plucking, type of leaves, drying in fresh air, oven, steaming or pan-drying … all incredibly complex processes, which create the individual tea. And that’s without the added element of your individual method of brewing and serving. Milk first? For shame! Teabags? Hang your head! 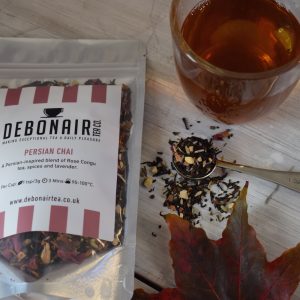 Marking the next evolutionary stage for our beloved cuppa, then, Fudge Kitchen tea-med up (thank us later) with fellow Kentish artisans, Debonair Tea Company, set up by Phil and Louisa Johnson to “source, create and serve high quality loose leaf tea without pretence … to make exceptional tea a daily pleasure”. 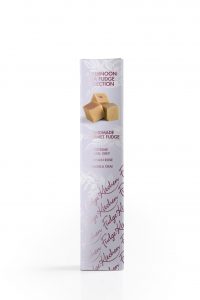 Tea is a true art form, then. As is premium fudge making. So, when two sets of award-winning artists of their field came together, the results were only ever going to be cha-mazing!

Selecting the perfect teas and infusions to pair with the sweet creaminess of fudge, was just the start for our fudge technologists. Developing production methods that enhanced the tea flavours, experimenting with steeping times and volumes of tea, tinkering with additional ingredients to complement the blends and the fudge, was the next set of challenges.

And finally, Persian Chai, a black tea layered with fresh rose petals, which absorb the flavours. As Louisa explains: “To this, we have added cinnamon, ginger and lavender – the rose, fennel and cinnamon combination was the primary flavour we wanted to draw out, like a sweet persian-style dessert, a tea that could pair perfectly with something like baklava.” Or fudge, evidently.

Back in the FK gastro-lab, each tea was infused for a minimum of twelve hours and blended with our hand made, whipping cream based fudge; and the leaves then ground up for a beautiful, subtle flecking of rich flavours. To further bring out the composite tea flavours and spices, our team have picked out the top notes of each and tweaked to the perfect proportions; adding ginger and red peppercorns to the Masala Chai, rosewater, fennel and cinnamon to the Persian Rose and lemon and Bergamot oil to the Earl Grey.

Afternoon Tea Selection: one of three finalists in the Best Confectionery category

The result … a tea-riumph, as guaranteed to reinstate a smile as its therapeutic source. But then, there is very little that fudge can’t put right too.

And the winner is …

As we speak, the Afternoon Tea Selection is one of three Best Confectionery Product finalists in the World Food Innovation Awards. The winner will be announced on 7th March at Hotelympia Exhibition in London on March 7th 2018.

Lisa Jones
http://www.dandelionpr.co.uk
Specialising in the Food and Drink industry, creative thinking and bags of energy and passion.
Previous Post And the Winner is …. Next Post The last thing you want to do is fudge your wedding day … or is it?