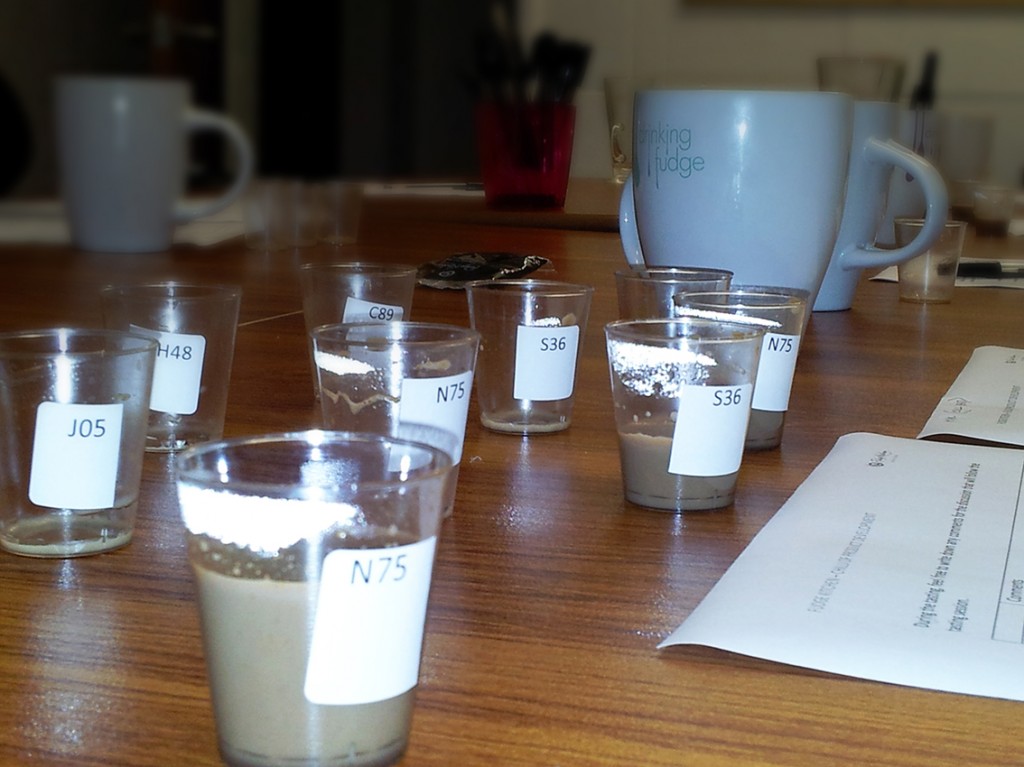 Fudge Kitchen are frantically fanning their tongues after an intensive chilli tasting evening alongside a panel of asbestos-palated chilli aficianados last week. The mission: to select the optimum chilli at the perfect strength for each of the new The Three Amigos range.

Three increasing strengths of Chilli Chocolate Drinking Fudge, these babies will sort the men from the boys and are set for a December launch, just ready to pop into your favourite Chilli Lover’s Christmas stocking.

Demonstrating just how much skill, time, research and creativity goes into developing every new Fudge Kitchen product, The Three Amigos has emerged, blinking in the sunlight, from the Fudge Kitchen NPD gastro-lab, after five intensive months of testing, tinkering and trialing, to hone the balance of favours, the strength of heats and the best chilli variety to combine with chocolate. 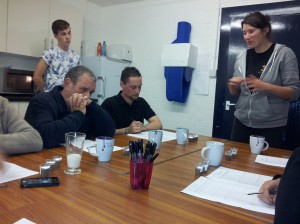 Fudge Kitchen food technician, Julie Crenn, the woman with a palate more finely tuned than a Ferrari, started with a selection of chilli varieties and manfully ploughed her way along the chilli scale before drawing up a shortlist of suitable contenders that worked particularly well with chocolate and in a drink format.

It was at this point that a panel of chilli heads were wheeled into Fudge Kitchen’s Aylesham production facility – seven members of a Kent chilli club, who meet on a weekly basis to clear each other’s Eustachian tubes out with fiery culinary creations. “We wanted to work out the best blending of flavours with chocolate and to pinpoint the acceptability of the strengths,” explains Julie, “and what better a bunch to ask?!”

Thus, with a lengthy line-up of deceptively humble plastic beakers before them, the seven chilli nuts sipped their way, with the thoughtful earnestness of wine connoisseurs, through a range of chilli chocolate drinking fudge combos and strengths, before committing their assessments to a detailed questionnaire and a focus group discussion to pick the three winners.

While poor old Naga bit the dust early in the evening and Jalapeno was booted for being too contrasting a flavour to chocolate, the group duly doffed their cap to Scotch Bonnet, which was voted the ‘hot’ favourite, smoky Chipotle was selected for the ‘medium’ spot and, after much heated (sorry!) discussion, Habanero made it into the ‘mild’ spot.

“Some of the findings were as I expected,” Julie admitted, “but the observations that came out in the focus group discussion afterwards were very important and have really helped in the final tweaking of the recipes.”

So, from us to Mark, Sam, Martin, Rodney, Chrissy, Kira and Sian, our Seven Amigos, a very big thank you!