So, Scandinavia is nuts for liquorice … who knew? Not us. Not, that is, until flocks of tall, minimalistically stylish blondes approached the Fudge Kitchen stand at January’s ISM in Cologne, requesting liquorice fudge.

Nordics are virtually weaned on liquorice. The saltier the better. They call it ‘salmiakki’ and it inspires a passion traced back to a history of salting dishes like pickled herring and gravadlax, and of curing meat and fish to survive the long winter months. 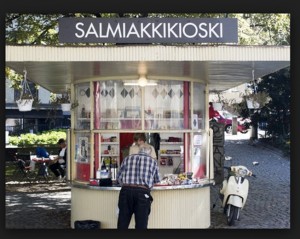 We don’t need an excuse to love liquorice, however, and, in the fine Fudge Kitchen tradition of always responding to our customers, “Dit ønske er min kommando” (That’s Danish for, “Your wish is my command” … we think).

Those initial enquiries sent us off on a deep-Googling voyage of discovery, across the Baltic Sea, via the small Danish Island of Bornholm, where the ultimate liquorice geek, 26 year old Johan Bülow and his wife Sarah, first began experimenting in their kitchen to create the ultimate liquorice recipe; and on to Copenhagen where their ‘LAKRIDS by Johan Bülow’ brand is now manufactured and recognised as the zenith of organic, gourmet liquorices, making it good enough for our fudge.

Liquorice recipes are as closely guarded secrets in Scandinavia as the chemical compound of the philosopher’s stone, so it took seven long years of experimentation for Johan to perfect his own quite exceptional recipe; fuelled by a single-minded passion and a determination “to spread his love for liquorice around the globe. Not only the sweet kind, not only the salty one, but the whole spectrum of flavours that can be achieved when using liquorice as a spice.” 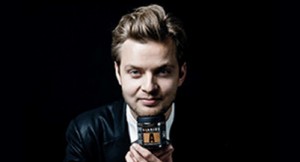 Read his wonderful story of liquorice obsession and riffle through his incredible range of gourmet liquorice products and recipes at the suitably minimalist web address http://liquorice.nu/.

The secret of the Black Magic box …

And so, from ‘Wonderful, Wonderful Copenhagen, Salty Old Queen of the Sea’ to Aylesham, where our very own food technician – nay magician – Julie Crenn, set to work with Johan’s meticulously honed liquorice syrup in our gastro-lab. With the same passion and obsessive attention to balancing the finest ingredients perfectly, the latest Fudge Kitchen arrival was safely delivered.

Step forward our new Sweet and Salty Liquorice fudge slim sliders. A sexy sextet of three sweet and three salty cubes of dark, dense, hand-decorated fudge. Sublime fusions of the sweet creaminess of fudge shot through with that distinctive, aniseedy liquorice bite. Bliss. But would it pass the ultimate ‘coals to Newcastle’ test? Would the Scandis say “Ja”? 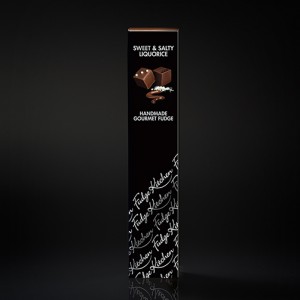 Well … ja! Taking the number of countries that Fudge Kitchen now export to up to 11, we are poised to supply one of Denmark’s largest chains of high end speciality food retailers. Surely the ultimate accolade. Stand back for the pickled herring fudge … 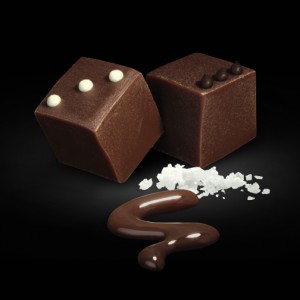 Our new sweet and salty liquorice